What is the entity layer? 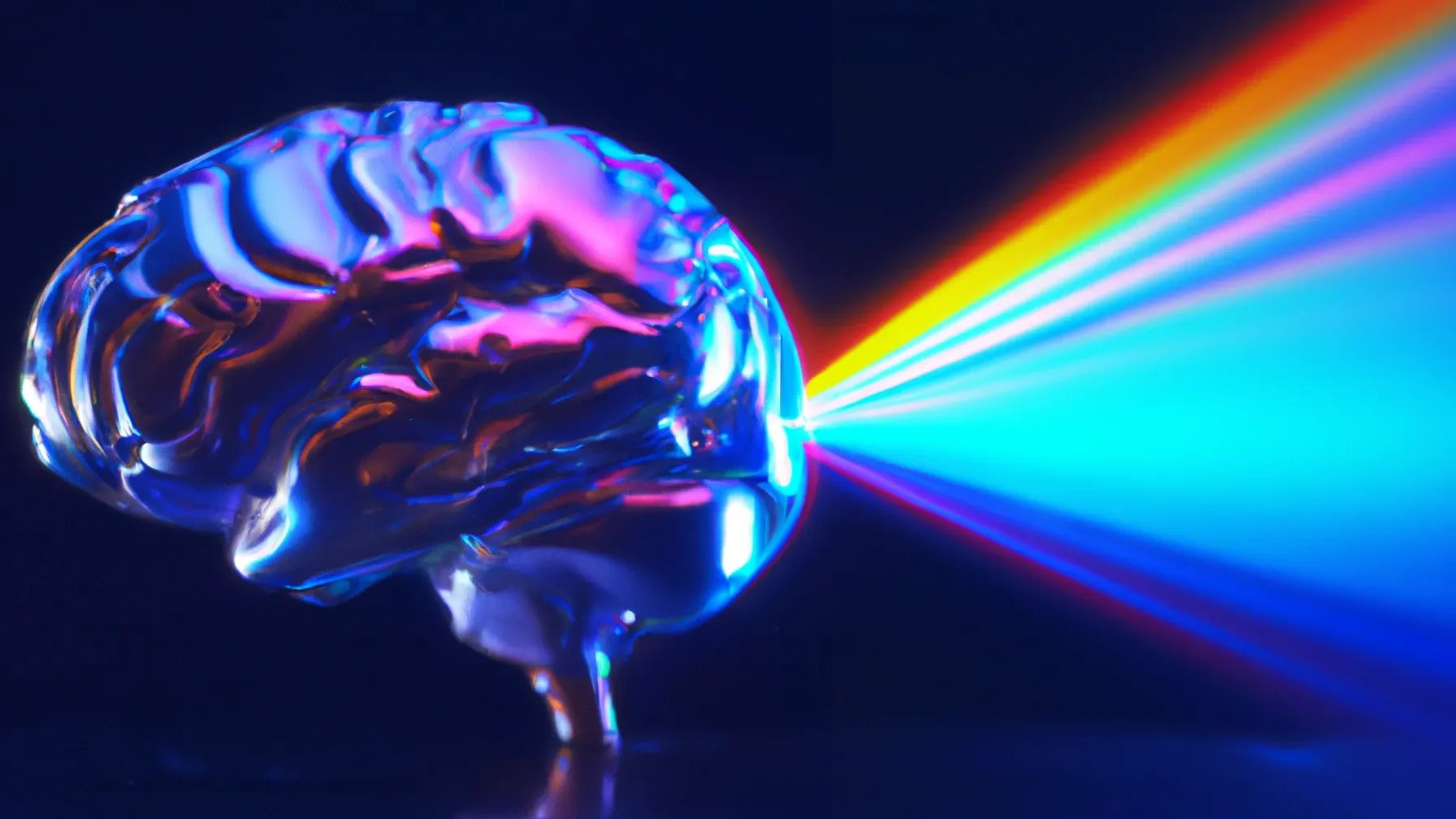 Data silos are sets of information isolated from the world around themselves, often used for a specific purpose, but inaccessible in other cases where access might be useful. Silos generally arise accidentally, existing within single organizations and between partners, the product of poor planning and bad communication, or as you might call it… “the realities of life“.

Walled gardens, on the other hand, are effectively data siloes by design. They’re built to keep the rest of the world out, and to stop folks accessing or integrating with data that might be useful to them. In walled gardens, network operators erect barriers to exit intentionally work to keep users locked into an ecosystems, and prevent them transporting their data out to other services.

In web development today, data and applications are hardwired together. Even with decentralized backends (such as Solid, from Tim Berners-Lee), applications and their data are typically still designed together. Business logic and frontend components are placed onto pages with knowledge of the shape of the data on which they operate, requiring reprogramming any time they’re used in another context (assuming those components are repurposable at all).

For example, the frontend of a todo list app may “know” that it can render response.list from an API as a list of text strings, and that this will be the list of todos the user expects. The frontend and the API will typically have been built by the same person, or by people talking to each other.

Occasionally, efforts are established to create “standards” for working with data in a given space that might improve interoperability and enable the development of services separate from data. But these efforts are inevitably subject to disagreement and challenges, because not all applications operate the same way, and neither they nor their users necessarily all value the same things.

For example, ActivityPub, a W3C recommendation concerning social networking, finds itself in partial competition with a half-dozen other initiatives, including AT Protocol from Jack Dorsey’s Bluesky, and Scuttlebutt Protocol.

Oftentimes standards seek to solve slightly different sets of challenges. For example, AT Protocol goes beyond ActivityPub in promising account portability and providing users with algorithmic choice in how their newsfeeds are presented, but it is (at this time) privately controlled, as opposed to a W3C standard, with popular not-for-profit Mastodon electing to base itself upon the latter instead (while also predating AT’s emergence).

Because we cannot guarantee universal alignment between standards, or their adoption in the first place, to work with data from around the web in our applications we need a “translation layer”.

Consider the humble todo list. As a user, you might want to be able to sync todo list items from one application to another. Sounds simple, right? To do this…

To cut a long story short, the process sucks, and is heavily reliant on app developers to pick and choose who they want to support. In effect, scaling out the final strategy given (number four) would today require every application developer in the world to build a set of translations for every other application in the world, supporting and maintaining all of these indefinitely themselves. What we really need is a translation layer.

App developers generally love integrations that bring data in because they improve cardinality, with their application becoming “more central” in a user’s stack, improving retention. By connecting to lots of other data sources, an application may not only offer its users more information and value within itself, but become harder for users to walk away from, requiring disentangling from the rest of their digital life. But even considering this, integrations are labor-intensive to build and carry ongoing maintenance costs, with first-party feature work in apps often representing the “higher value” option for attracting new and prospective users.

All of this takes time and costs money. As established, there are also minimal incentives for most application developers to make it easy for others to get their data out of the products they develop, meaning that the developer experience involved in actually trying to do just that is often not great, where services even make it possible at all.

Regulators are currently trying to reshape incentives for tech companies to promote competition. With the passage of the Digital Markets Act, the EU has introduced data portability obligations for platforms they deem to be “gatekeepers”. Companies can go about complying with data portability requirements however they like, and will probably do so as cheaply and inaccessibly as they can, until regulators introduce more requirements that demand compliance in more specific ways. But heading all of this off… what if there were a way to be compliant that actually brought benefits, and allowed connecting up in both directions to lots of other providers (both data sources and destinations) with minimal effort? What if it were possible to make an application more extensible and useful to users cheaply, while ticking the regulatory checkbox?

Consumers don’t know what an “entity layer” is. They don’t know why they need it. But the above question is most easily answered by one and the benefits to consumers will be immense. So, what is the entity layer?

The entity layer, in a nutshell

The entity layer is an openly queryable graph made up of “entities” which can be understood and used by any application which needs them.

The Block Protocol (Þ) defines what entities are, and how applications can interact with them. Entities have persistent, unique global identifiers. They are private by default, owned by users and only accessible with a user’s consent.

The Block Protocol’s specification also provides a process for translating between different conceptions of what single entities or types of entities actually are. This allows different applications which value different things to reconcile their differences and work with the same underlying entity, ensuring a common semantic representation of the information that users care about, making digital data easier to manage, understand, and keep in sync. No more silos.

To learn more about the Þ, read “What is the Block Protocol?“

All entities have an entity type, or several (a single entity may have many of these types attached to it).

Properties themselves also have types (property types) which in turn define the acceptable range of values that can be provided for a property. This helps prevent invalid data from becoming associated with entities, although property types can be both extremely permissive or incredibly strict in what they allow, depending on the information they represent.

Because entities can have multiple entity types, it becomes possible to flexibly represent real-world things by progressively adding types to entities. A single ‘Company’ entity may, for example, be used in multiple contexts, becoming a ‘Supplier’, ‘Customer’, and ‘Competitor’ in addition, over time.

For data to get created in a typed fashion, everybody needs to be able to input into the process of what types look like. Types should reflect the mental model, or conception of entities and properties, held by the users who use them.

It’s not reasonable to expect a centralized standards setting body to be able to craft and maintain an ontology of everything in the world, let alone one with definitions that everybody agrees on. And more specialist ontologies maintained by different organizations don’t solve our problem either, as long as they remain unconnected.

We need types that are:

The Block Protocol allows anybody to create types and host them at permanent, publicly accessible addresses, with updates to types easily discoverable using only the original URI. But beyond this and cross-walking (the mapping of one type to another as conceptually representing the same thing), how do we ensure this proliferation of types doesn’t become an unintelligible mess?

Block Protocol RFCs propose support for creating new types that link back to the existing ecosystem in a number of ways:

Block Protocol compliant applications that allow users to create and manage their own types, such as HASH, also encourage type convergence in other ways. For example, HASH encourages type reuse by surfacing existing types to users whenever they look to add new ones.

Whenever you extend or fork a type, the property types assigned to the original remain associated with the new type (linked by its URI). This means that blocks (frontend components) can hydrate themselves with an entity’s properties if any of these exist on it, without the entity itself necessarily needing to use the same entity type(s) envisaged by the block’s original creators.

This process is possible without resorting to methods like fuzzy matching property labels, or analyzing the values or data types of properties that are present on an entity, both of which can improve the ability to auto-hydrate blocks further.

Blocks express the shape of data they can render. For example, a checklist block inserted onto a page by a user might look for a CompletionStatus boolean and a Title string. If neither are present, a user can be presented with the opportunity to ‘map’ the properties their entities do have to those expected by a block, or given the opportunity to select entities from their graph which do have matching properties.

Instead of application developers needing to hardwire components up to data, blocks can intelligently load data in a variety of shapes, and in customizable apps like HASH users can “softwire” data to use powerful new blocks themselves, in just a few simple, unscary steps. Data mapping will be explored more fully in a future post.

The Block Protocol doesn’t assume a one size fits all approach to the entity layer. It doesn’t require that everybody use the same platform, or technology, and there isn’t a network, token, or “coin”. The protocol simply describes a set of core interfaces and mechanisms which can be implemented however a developer likes, without regard to business requirements, motivations or existing stack choices.

At HASH, our non-negotiable principle is that everything we allow users to do within our products must be portable and accessible. But we know that this degree of openness is incompatible with many software vendor’s business models today, and we don’t expect that all Þ applications will adopt the same approach. The table below explores some of the trade-offs developers might consider when building applications on top of the entity layer.

The promise of an entity layer

For consumers, the promise of an entity layer is in having data that works everywhere.