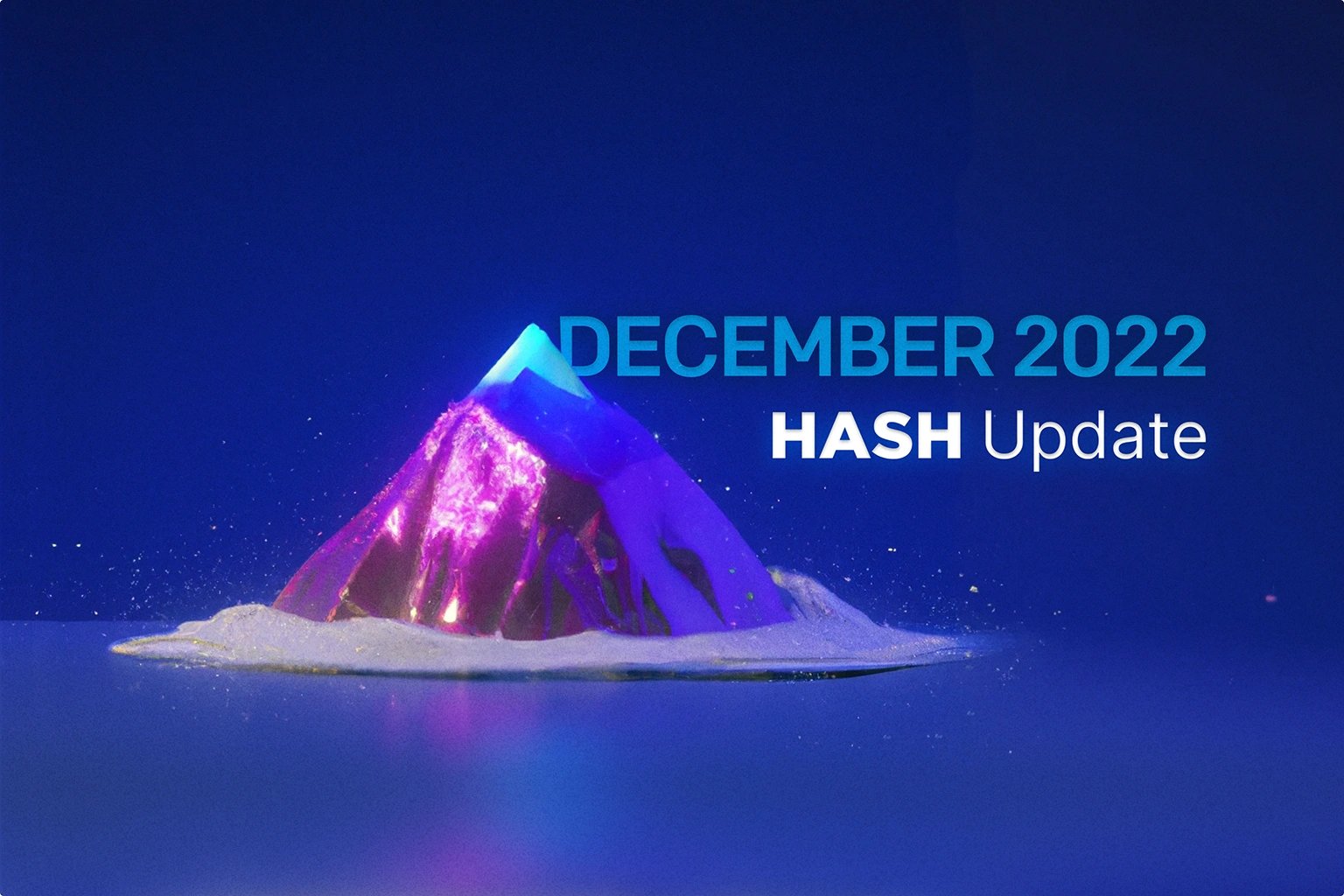 As we move towards public beta, we’ll be posting a monthly round-up on this blog (of which this post is the first!) to explain the key features of HASH’s platform and how they fit together, as well as what’s new.

Our developer updates will continue to be posted on the separate HASH.dev blog, where recent announcements include the launch of the Block Protocol hook service and 0.2 release of error-stack.

We’ve published the first couple of posts this month in a series we’ll be releasing that outlines the big picture vision of what we’re working on at HASH, and how it all fits together.

Ahead of the release of the Block Protocol for WordPress in February, we’ve shipped new entity, property, and data type editors in the HASH app. These provide an accessible user interface for creating, updating and managing types.

We’ve also incorporated an initial entity editor into HASH, which allows for direct editing and updates to entities, as well as viewing all properties at a glance.

Combined, the type and entity editors form the backbone of HASH’s powerful support for structured data, making its management a breeze and accessible to all domain experts within an organization, including folks who are neither programmers nor data scientists.

We’ll be posting about more the editors and other upcoming features as we move towards public beta. To get early access to the hosted version of HASH, join the waitlist and reserve your spot.